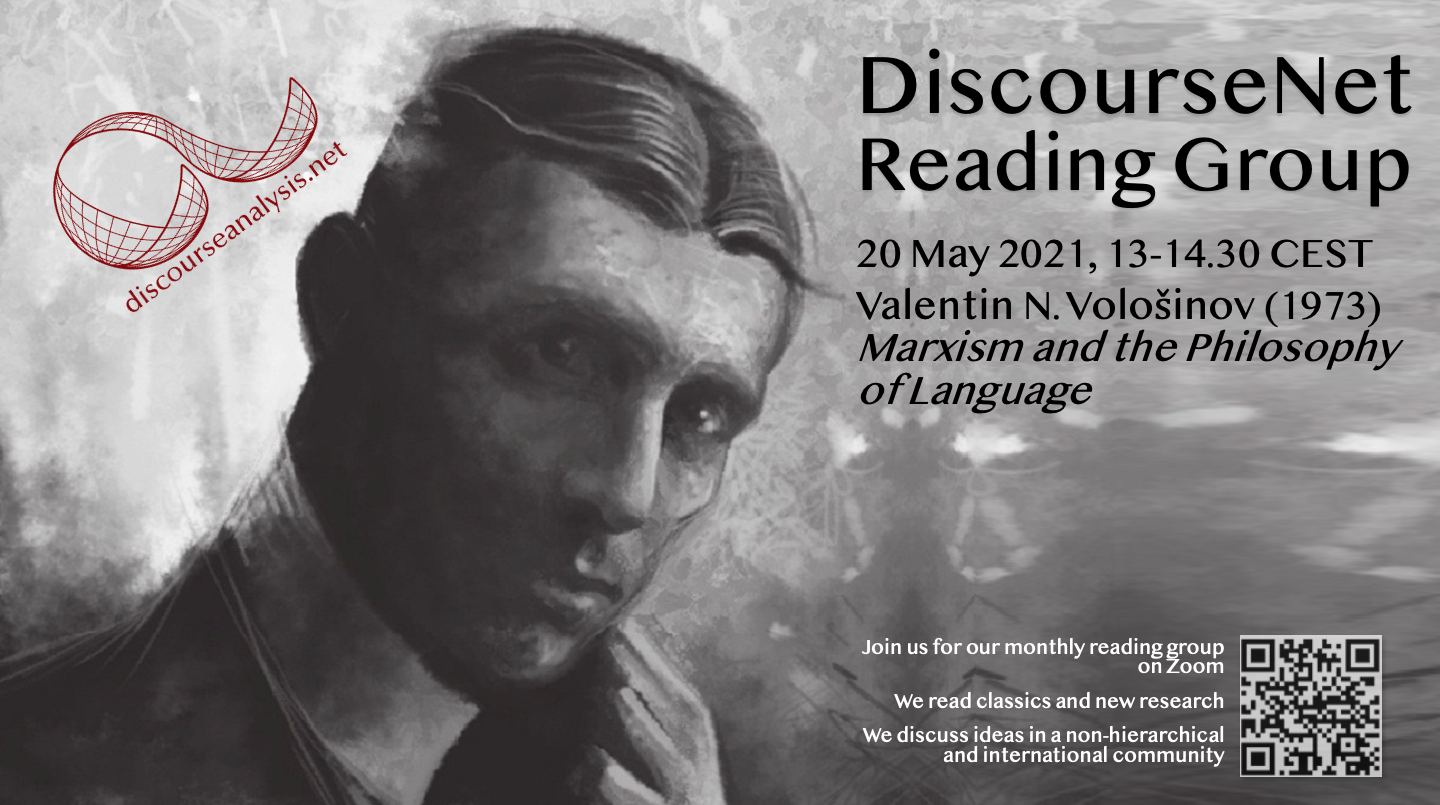 We e-meet every month for 90 minutes on Zoom to discuss a pre-selected reading. If you are interested in joining in, just sign up to this group and you will receive further information on dates and readings, as well as the meeting invite.

For our next session on Thursday, 20 May 2021, 13-14.30 CEST, we will read Valentin N. Vološinov's (1973) Marxism and the Philosophy of Language. In the book, published in Russian in the late 1920s, Vološinov - some believe Bakhtin's alter ego -  outlines how the sign is the seat of ideology. Any Marxist analysis of society must thus take into account the meaning and the materiality of the sign. Such a semiotic understanding of ideology breaks with the classic Marxist notion of ideology as 'false consciousness'. Vološinov foreshadows poststructuralist developments of the later 20th century and has been especially important in linguistic anthropological research into metapragmatics.

We will all read the first chapter 'The study of ideology and philosophy of language' (pp. 7-16). Additionally, please read one more chapter that interests you most.

If you cannot access the book via your university library, you can use this link.

We mainly use some form of English in this group.

If you have some questions, if you would like to introduce suggest a reading for the next months, please send Jaspal a message at singhjn@hku.hk.

Thank you all for participating in our previous meetings, in which we read:

Norman Fairclough's (2003) 'Political correctness': The politics of culture and language.

Sara Ahmed (2012) Whiteness and the general will: Diversity work as willful work.

Kwame Krumah (1968) Handbook of Revolutionary Warfare: A Guide to the Armed Phase of the African Revolution.

If you haven't done so already, please consider becoming a member of the DiscourseNet Association to support our various activities. More information can be found here: https://discourseanalysis.net/DN/members