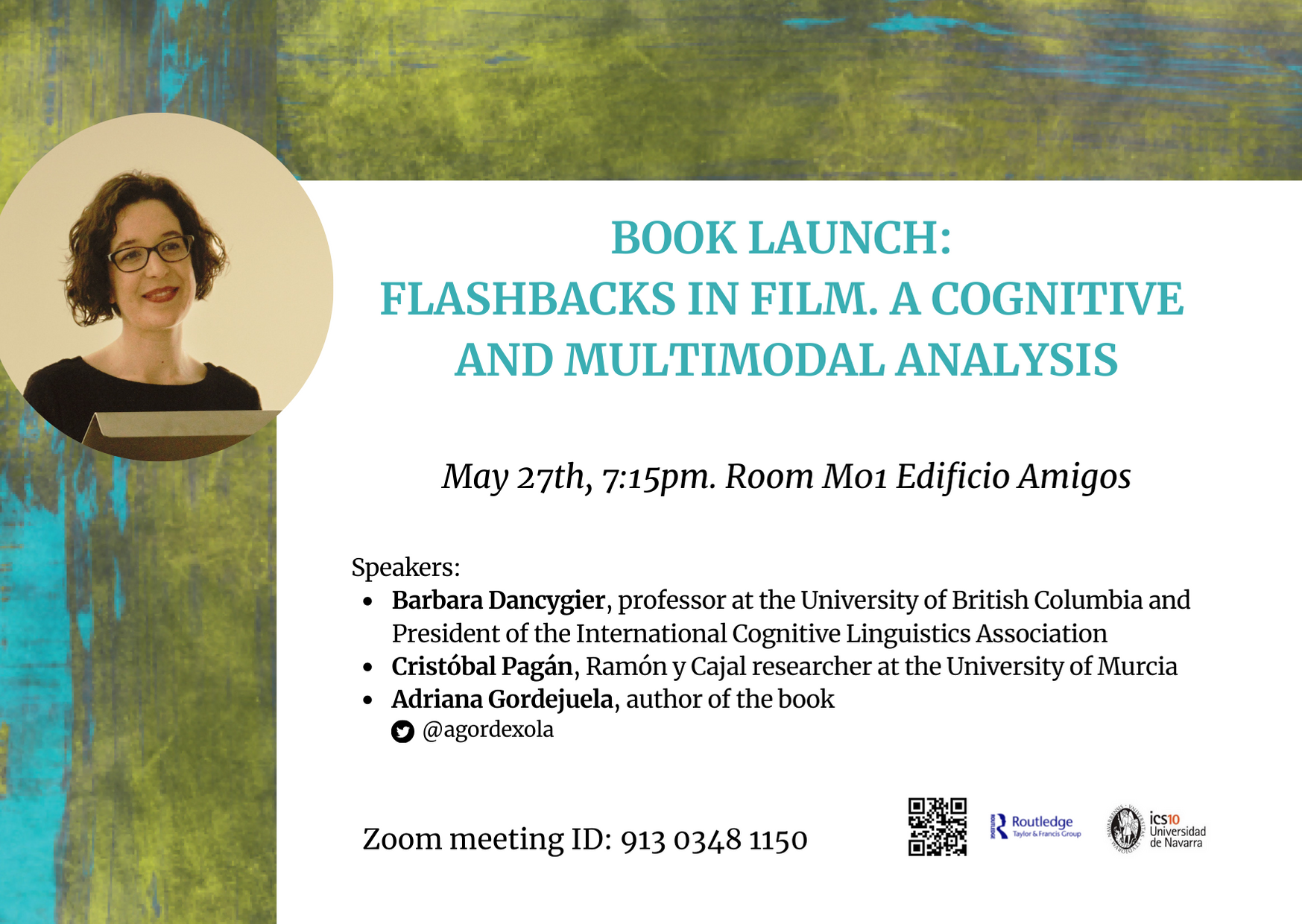 Flashbacks in Film: A Cognitive and Multimodal Analysis, by Adriana Gordejuela. Routledge, 2021.

Book synopsis
Flashbacks in Film examines film flashback as a rich multimodal narrative device, analyzing the cognitive underpinnings of film flashbacks and the mechanisms that lead viewers to successfully comprehend them. Combining a cognitive film theory approach with the theoretical framework proposed by blending theory, which claims that human beings’ general ability for conceptual integration underlies most of our daily activities, this book argues that flashbacks make sense to the viewer, as they are specifically designed for the viewer’s cognitive understanding. Through a mixture of analysis and dozens of case studies, this book demonstrates that successful film flashbacks appeal to the spectator’s natural perceptual and cognitive abilities, which spectators exercise daily.