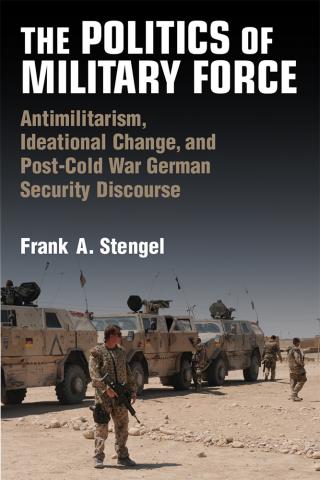 The Politics of Military Force examines the dynamics of discursive change that made participation in military operations possible against the background of German antimilitarist culture. Once considered a strict taboo, so-called out-of-area operations have now become widely considered by German policymakers to be without alternative. The book argues that an understanding of how certain policies are made possible (in this case, military operations abroad and force transformation), one needs to focus on processes of discursive change that result in different policy options appearing rational, appropriate, feasible, or even self-evident. Drawing on Essex School discourse theory, the book develops a theoretical framework to understand how discursive change works, and elaborates on how discursive change makes once unthinkable policy options not only acceptable but even without alternative. Based on a detailed discourse analysis of more than 25 years of German parliamentary debates, The Politics of Military Force provides an explanation for: (1) the emergence of a new hegemonic discourse in German security policy after the end of the Cold War (discursive change), (2) the rearticulation of German antimilitarism in the process (ideational change/norm erosion) and (3) the resulting making-possible of military operations and force transformation (policy change). In doing so, the book also demonstrates the added value of a poststructuralist approach compared to the naive realism and linear conceptions of norm change so prominent in the study of German foreign policy and International Relations more generally.

Chapter 3. Creative Destruction: The Dislocation of the Cold War Security Order and the Rearticulation of Military Force

Chapter 4. Peace in Europe: Comprehensive Security as a New Paradigm for German Policy on Conflict Prevention

Chapter 5. “Forward Defense” as a New Grand Strategy: The Establishment of the New Security Order